“The last thing we want to do is annoy people with too many emails.”

I was speaking to the CEO of a healthcare company with over 6,000 email addresses on their database.

They were desperate to market themselves better, and wanted to talk about all kinds of options: Social media, direct mail, LinkedIn advertising.

But when I suggested that they start with their existing database of contacts – their ‘low hanging fruit’, people who have already bought from them or who have opted to receive emails from them in the past – I could see the CEO visibly squirm.

He told me that his own email Inbox was full of unread emails he considered junk mail. And that he absolutely did not want to “harass” his own email list in the same way.

Well, they say the customer’s always right – but not, completely, in this case 🙂

The truth is that this owner’s fear is one that I hear very often. And I do sympathise. When your business’s image is at stake you tread very carefully. Your reputation can be made – or destroyed – in a minute, and the last thing you want to do is develop a reputation as some kind of Spammer.

But here’s the thing.

There are a huge number of people out there who want to hear from you. Many of them are on your email list.

It’s a massive business opportunity – and a huge waste if you cut them off to avoid annoying the people who don’t want to hear from you.

To build a business, you can’t worry too much about people who aren’t interested in your product or service. You have to be wholly focused on those who are.

And you should welcome unsubscribes, when they happen.

Look at them as a way to “clean” your email list, whittling it down to people who do want to hear from you. Then focus on sending them the best emails possible.

(I don’t believe, by the way, that most people bear any kind of long-term grudge when they decide they no longer want to be on your list. They unsubscribe, and forget all about it. That’s what the button is for.)

My only caveat is if you are really annoying a huge proportion of your list. A normal unsubscribe rate is anything up to 1%. If you are regularly getting more unsubscribes than that, it raises the question of whether you’re sending the right marketing messages – not whether you should be doing marketing at all.

The fact is that people love getting emails that are relevant, useful and interesting to them. Time and again, we’ve seen how a good email programme builds wonderful relationships with prospects – and brings in sales. (Here’s how we did it for one aesthetic clinic, generating £108K over 12 months, directly through emails: http://bit.ly/108K_Sales)

Your email list is one of your biggest business assets. If you have one that you’re not emailing regularly, start doing it now.

Don’t let the naysayers hold you back. Chase the opportunities.

Your bottom line will thank you. 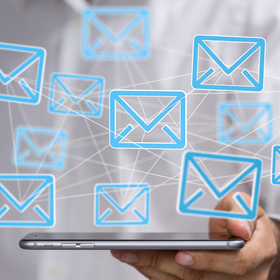 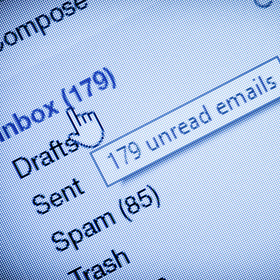 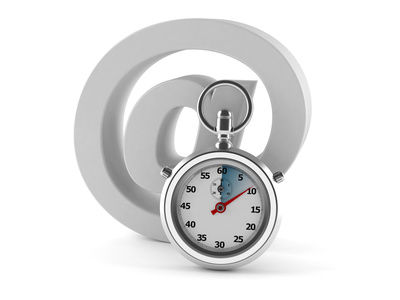