What I learned from going viral Just over a month ago, I posted on my LinkedIn page a copy of an unusually aggressive LinkedIn message from an executive in Cleveland, rejecting the connection request of a young job-seeker.

I didn’t uncover the story; Kelly Blazek’s note had been widely covered elsewhere, and I happened to come across it on Twitter. I had even re-tweeted it and posted it on Facebook, without generating much discussion.  At first, it looked like that would be the reaction on LinkedIn as well. But a couple of days later, the post got its first ‘like’ and comment…. And then another one… and then another one.

Before long, it was generating hundreds of comments – each day. My own profile was similarly swamped by visitors, and there were days when I easily received over 100 connection requests. Although it’s all slowed down, the post is still going strong. At time of writing, it’s received 5,046 comments and 1,428 likes. Doubtless more by the time you read this. It has well and truly gone viral.

So what have I learned from this whole episode?

It was exhilarating to watch the comments really take off, the number of ‘likes’ grow every minute and watch the story go round the world several times (one day all my visitors were from India, the next from the West coast; you could literally watch social networking in action).

It was particularly gratifying to read many of the private messages I was sent by people expressing their horror at the interaction. Several mistakenly thought that I was the young job-seeker who had been treated so badly, and offered me words of comfort and encouragement. There are good people out there!

(As a side note, I suppose the whole experience would have been rather less fun had the commentators been critical of something I had written or done, but that wasn’t the case here.)

It’s all about emotion In Jonah Berger’s book Contagious (which I wrote about here), he shows that when stories raise high emotions, people are more likely to share them. In particular, he claimed that stories that made people angry were highly viral because it got people excited and moved them to action.

That was exactly what happened with this story. In comment after comment, people around the world expressed their contempt for the tone and attitude taken by Kelly Blazek, and were moved to spread it further.

A post about the right and wrong way to respond to LinkedIn invitations could have made the exact same point, but it would never have been shared in the same way, because it would have been about logic – not emotion.

There’s a reason the post took off when I put it on LinkedIn – but not so much on Twitter or Facebook. Since it concerned a LinkedIn rejection, it was of most interest to people on that platform.

That’s why a business should never skip doing research into its intended audience, and building proper buyer personas. The better the fit between your content and your audience, the more likely it will be popular and help you achieve your business goals.

I posted the story about Kelly Blazek because I work in social media and social media etiquette is of great interest to many of my contacts. But ultimately, despite the thousands of people who commented on the story, and the hundreds of connection requests, going viral is (sadly….) going to have very little impact on my own business.

Why? Because the content of the post had nothing to do with me; it was not about my business or my services.  I was simply an intermediary, posting third-party content (as every company should) particularly successfully.

But when your company invests time and money in creating original material that you hope will have wide exposure, this is worth keeping in mind. There’s no point creating something really brilliant if it does not actively promote your product. All the hits in the world won’t bring in the business if there’s no direct connection to your services.

Berger, who writes about this too, brings the example of an online casino that paid a man in a tutu to hijack an Olympics diving event by sneaking onto the diving board and belly flopping into the water. Although millions of people watched the video, not many remembered what he was promoting – because there was no direct connection between the stunt and the product. In your original material, you need to make sure that connection is clear.

Last, but not least: I’ve lost count of how many LinkedIn connection requests I’ve received over the past month – too many to keep up with – but I can tell you how many were personalised: A small handful.

Seeing so many at once really brought it home. The majority of people are not taking this very basic step, but are instead relying on the standard template. As a result, they stood no chance of standing out. It was never clear to me who they were from and why I should accept.

The irony is that the very post that prompted all these people to send me an invitation concerned a connection request gone horribly wrong. We tend to regard LinkedIn invitations as something simple and straightforward, but there is an art to them. You need to connect to the right people strategically, with a decent note and some thought put into it, to increase the chances of your invitation being well received.

And if, on the other end, you don’t want to accept, ignore or be nice about it. Kelly Blazek is the poster girl for what can happen when the power goes to your head.

LinkedIn is dropping your Products and Services page. Here’s what you need to know 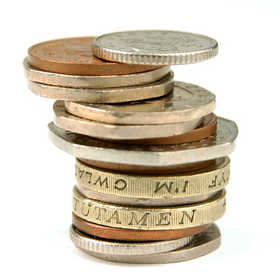