Ladies, get on LinkedIn! The good news for women on the recent Pew survey on social media use was that women dominate every single major social media channel – contrary to what you might think, they actually use social media more than men!

With one exception: LinkedIn. While 24% of male internet users say they use the site, only 19% of women do.

Is this because LinkedIn is business-oriented by definition, and thus perceived as ‘male territory’ – an extension of the workplace, which is still, at its upper echelons, often dominated by men? Or is there something about the way it’s built or used which is offputting to women? I’d love to hear your thoughts in the comments.

But either way, checking out of LinkedIn is a major mistake for women, as they are losing out on valuable business opportunities. Using LinkedIn properly will give them an advantage when looking to build up their own businesses; recruit better staff; build up contacts and develop business relationships; find a new, better job; develop their expertise, and show it off to others.

By using it in lesser numbers, women are allowing men to create a whole new old boy’s network on this most modern of platforms – and abandoning one of the tools women need most if they are to continue advancing in the workplace.

The tragedy is that it’s so unnecessary. LinkedIn is really not so scary, and it’s not a male territory. It’s just another social media site, and women have shown that they are naturals on every other one.

So – a plea. Ladies, if you want, in Sheryl Sandberg’s now famous phrase, to Lean In – lean in to LinkedIn!

Why do you think women are not joining LinkedIn in the same numbers as men? What, if anything, can be done? Let us know in the comments!

Miriam Shaviv is Director of Content at Brainstorm Digital.

Do you find LinkedIn discussions pointless?

By combining LinkedIn with Networking, you can turn your employees into your sales team 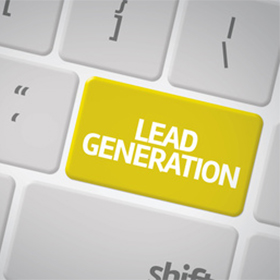 How to generate new leads on LinkedIn