It’s the final of the World Memory Championships at the University of Oxford.

Ed Cooke is one of 34 finalists who have just been given a shuffled pack of playing cards to memorise. Focusing hard, he quickly skims through the cards, then smacks the timer next to him.

It takes Ed under a minute to memorise the entire pack.

How did he do it?

Simple. He linked every card with a person he knows. That way, instead of remembering a series of numbers, he could remember a series of familiar images – which is much easier to fix in your mind.

It’s an old trick, albeit one that Ed Cooke does better than most (he is one of just 150 people worldwide to be given the title ‘Grandmaster of Memory’).

And you can adapt it, in business, for a completely different purpose – to help you build authority with your target market.

Whenever I speak with company owners, this is always a big priority. Partially this is because “building authority” has simply become one of those buzz words that everyone throws around nowadays.

Partially, because it’s genuinely important. People are more likely to buy from you if they recognise that you are an expert in your field, and a leading thinker.

The challenge for most companies is how to get your ideas noticed. After all, most of us operate in crowded markets. And let’s face it, there are very few genuinely original ideas out there… All your competitors are probably saying broadly similar things to you, even if you have a different angle or emphasis.

So with everyone publishing non-stop online, how do you sound different?

How do you sound better?

And how do you turn yourself from “company that knows what it’s doing” to “leading authority” or (dreaded buzzword alert) “thought leader”?

Well, I want to venture that while of course being a really original thinker is the best option, it’s equally important to know how to package your ideas.

In fact, if you package your ideas right, you can get a lot of recognition for them even if they’re not exactly the most ground-breaking in the world.

Now, I know what you’re wondering: All this sounds great, but what exactly does it have to do with Ed Cooke and his memory tricks!?

His secret is that he associates each card with a person he knows, so that instead of having to remember a sequence of numbers, he can remember a string of people.

What he does is actually rather clever. Cooke – like pretty much all memory champions – recognises that pictures, stories and acronyms are much easier to remember than anything abstract. So they turn the latter into the former.

If you want people to notice and remember your company’s key ideas, you have to do the same thing. Represent them visually, turning them into a framework or “model” which people can remember more easily.

In Stephen Covey’s book, The 7 Habits of Highly Effective People, he argues that people would work much more efficiently if they could differentiate between work that is “important” (ie. will actually advance your business) – and work that is “urgent” (ie. necessary to meet a deadline, but not crucial for your business).

He turned this into a simple table he called his Time Management Matrix, which is now widely associated with him: 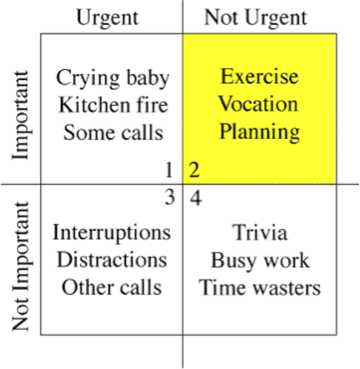 This idea is hardly revolutionary. Yet, simply by creating this model, Covey made this idea “his” – and special. It was suddenly not just an idea, but a “system”.

It also made this slightly complex idea easy to grasp, and instantly memorable.

If I explained to you, by contrast, that you need to divide your tasks into four categories, told you what you were, then told you how to prioritise them, you would probably have lost interest before the end of this sentence.

There are numerous examples of these models from practically every industry. Think, for example, of the Hourglass Method, which I told you about a few weeks ago. 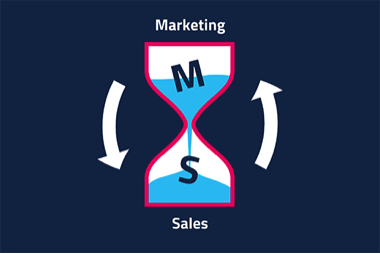 That’s our own way of showing how to structure a good email campaign.

By putting “sales” and “marketing” on two different sides of an hourglass, it’s instantly clear what the relationship between them should be.

Models don’t even have to be visual: Think, for example, of the famous SWOT Analysis (Strengths / Weaknesses / Opportunities / Threats), which is more of a framework than an image.

Once you’ve turned your idea into a visual image or framework, your customers will always associate that image with your company, even if your idea is not the most original in the world.

This is really important, because right now, your competition is busy publishing their own thoughts and ideas on LinkedIn, on their blog, via email, in the industry press.

You need to beat them at their own game.

What ideas do you have, that can be turned into models? 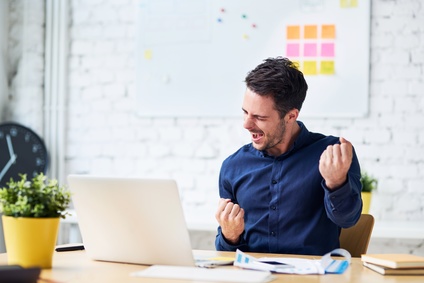 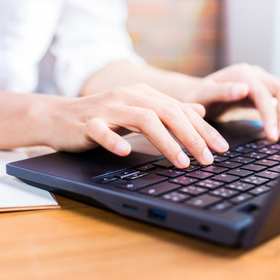 My LinkedIn Quarrel About How to Write Well Online 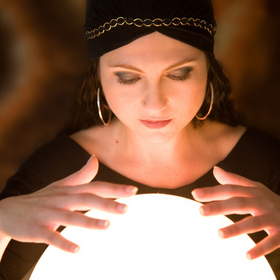 Using Your Customer’s Name Isn’t “Personalized Marketing”. THIS is.