3 Books On Sales Funnels Every CEO Should Read

He didn’t have the money.

“For the first time in my adult life, I cried,” he writes in his book, Invisible Selling Machine. “Right there in my living room, with my wife sitting at my side, I wept like a baby.”

Then Deiss pulled himself together, and did what anyone would do in the same situation….

He sat down to write a series of emails to his subscribers.

By the next evening, he had generated $80,000, selling them his products.

A day before the deadline, on April 15, he paid off the full quarter of a million dollars.

It sounds apocryphal and who knows, maybe it is, but there is no question that Ryan Deiss is one of the most successful Internet entrepreneurs out there. He’s made his money helping other companies develop selling systems online – known as “Sales funnels”.

Earlier this year, he published The Invisible Sales Machine, outlining the exact process he uses – and was followed, in quick succession, by two other sales funnel experts, Ryan Levesque and Russell Brunson, sharing their own rags-to-riches stories and their own sales funnel systems.

Of course, they’re not being entirely altruistic. The books are deliberately designed to generate leads and enquiries from business owners who want the same results, but find the methods outlined just a little too complex to implement alone. In other words, they’re the linchpin of Deiss, Levesque and Brunson’s own sales funnels.

Nevertheless, they are crucial reading for any CEO, director or marketer who wants a deeper understanding of online sales funnels, and how they work at the top level. Here are some thoughts on each of the books…….. Essentially – Once they’re on your list, your email subscribers are on an eternal loop, where they are repeatedly segmented according to their areas of interest, and given opportunities to buy. This machine is “invisible” because it is almost entirely automated, working while you sleep, are off golfing with your buddies, or even carrying out other marketing activities.

Deiss, a Texan who is CEO and founder of Digitalmarketer.com, sets out very clearly exactly what you need to say to your audience at every single stage of the process. He even provides entire email scripts that he encourages his readers to use.

He also explains how to use content to get subscribers on your email list in the first place, with some invaluable case studies and screen shots.

My sense is that for an English audience, many of the scripts Deiss provides are too aggressive and pushy. They’d have to be softened considerably before you use them.

In a couple of cases, I have seen marketers use his scripts, almost word-for-word – but Deiss’s work is now so well-known, that emails based on his are instantly identifiable to a large number of people.

So adapt his suggestions, by all means – but don’t use them verbatim.

The real value of the book is in the overall model he suggests for email marketing (the five steps outlined above), which is really solid, and can be used by a business of any size.

For many marketers, the idea that email marketing should be structured in any way will be a worthwhile revelation. Russell Brunson sounds like he had a rather sad childhood.

From the age of 12, he writes in Dotcom Secrets, he was obsessed by junk mail, and spent his time collecting it, ordering different products, and trying to figure out the process they used to sell successfully.

Eventually, he understood that the exact same process used by junk mailers – Contact prospects, sell them a low-ticket item, then sell them something more valuable – could be used to build sales funnels online.

Unlike Deiss, Brunson doesn’t have one model he applies to every business he works with, but he very clearly delineates the seven stages of each sales funnel he builds, and then gives lots of useful case studies, showing how he applied his rules in different sales contexts. It’s more flexible than Deiss’s model, but possibly more confusing for a beginner.

First, he elaborates on the idea that to sell successfully online, it’s not enough to sell one product or service. Because prospects are unlikely to buy your biggest product first, you need to start with something small, and then gradually upsell them (and occasionally downsell too!).

He recommends working out this clearly structured ‘value ladder’ before you build your sales funnel, and explains how you might do so even if your business doesn’t seem to have any type of ascending products and services. Of course, this is good advice for any business offline as well as online: To really make money, you need a range of products / services to draw clients in, and then sell to them again once they’ve worked with you successfully.

Brunson also does a nice job explaining how to build and maintain a connection with your email subscribers over the long-term. He recommends thinking carefully about how you want to come across, deliberately constructing an ‘attractive character’ to whom your subscribers can relate, sharing personal information and stories.

To keep subscribers engaged, he uses ‘soap opera sequences’ (a term coined by Andre Chaperon) – which means, including a cliff-hanger in every email, that will only be answered in a subsequent communication. He’s also a fan of the “Seinfeld Sequence”. This means writing a personal email to subscribers every day, which doesn’t contain particularly valuable information – like the famous television comedy, it’s “about nothing”, relating to banal events in daily life – but which always ties into the product or service you’re selling.

Last, but not least, Brunson shows how to build a sales funnel by working out what your competitors are already doing to sell online – and then stealing their best tricks.

It’s all useful stuff, well-written (Brunson is, indeed, an attractive character….) and accompanied by cartoons outlining the basic processes, which can be used as quick references. Essential reading. Levesque takes the idea that in order to sell online, you need to understand your audience’s interests and cater to them, to its logical conclusion.

The key part of any of his online sales funnels comes well before they are constructed. Before he starts, he spends considerable time trying to understand his target audience, either by surveying his own email database, or partnering with another company with the same target audience. In Ask, he explains the kinds of questions to include.

Audience research, of course, the part of the process that all too many companies skip – often because they imagine that they already understand their clients – and the result is that they are not targeted enough with their offers or the language they use in their marketing.

But for Levesque, this is only the first of four surveys which are the core of his sales funnels.

After he understands his audience’s exact concerns, he uses this information to build a quiz potential customers can take online, diagnosing them with a problem.

For example, if your product is aimed at golfers, you might try offer a quiz to find out whether their biggest concern is their swing – or picking the right club.

That information, in turn, allows him to follow up each person who takes his quiz with a very personalised and targeted email sequence, which offers solutions to their exact problem. Because it’s so relevant, they are more likely to take him up on any offer he makes.

And if they don’t buy? He follows up with another survey to find out why (asking subscribers, “Do you hate me?” to get them to open the email – again, a tactic that has since been widely adopted, and now feels a little formulaic).

Then, like both Deiss and Brunson, he starts talking about other topics that may be of interest – but his unique contribution is to survey subscribers to find out what they want to read about next. Again, this makes it possible to put them in an email sequence which they are more likely to respond to, because they’ve already indicated an interest.

This is a high-intensity approach, because of the number of automated email sequences involved, but there is no doubt that the closer your offer is aligned with what your audience wants to buy, the more likely they are to take you up on it!

Executing this strategy does involve using survey software – and of course, Levesque is hawking his own. Nevertheless, the concept of funnels based on surveys is valuable, and parts of it can be adapted by any business, even if they do not want to build their entire funnel this way.

Ultimately, looking at the three books together, it is clear that there is no one ‘magic formula’ to build a successful sales funnel online, and that every company has to find a process that works for them.

The good news is that there are increasing numbers of success stories and resources to draw on. Hopefully, they will do their part in making companies understand that failure to make money online is not inevitable – and that being successful online is not a dark art, but rather a question of following a well-structured sales process.

What useful online marketing books do you recommend? Tell us in the comments! 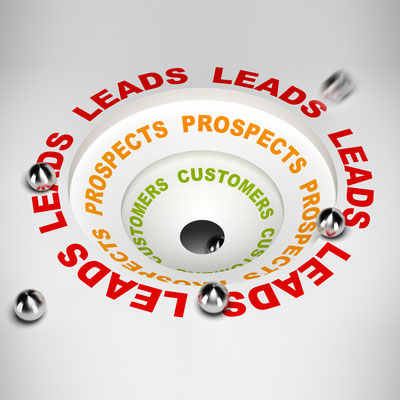 [Case Study] What Does a Sales Funnel Look Like? 4 Examples 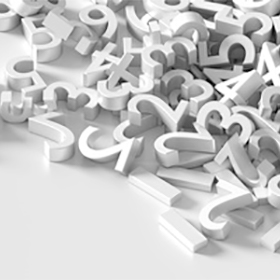 3 Key Numbers Every Business Should Know 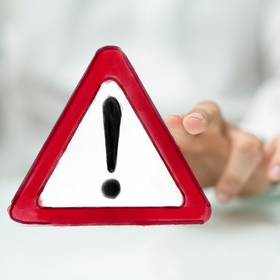 Why Hot Leads are Worst