Home About Us Meet the team Miriam Shaviv 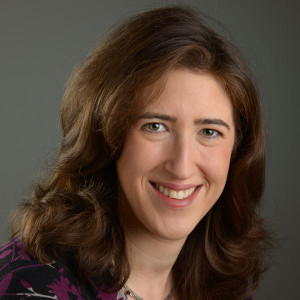 Early on in my first job, writing features for a national newspaper, one of my editors casually told me that “people like reading about themselves.”

He meant that the things that catch people’s imaginations are those closest to home. Sure, they’ll read about a revolution in the Middle East, or a life-changing invention in Russia. But they really want to know why their rubbish collection is late, and how they’re going to fare in the next budget.

It’s resonated ever since, and continued to guide me when I moved over to online marketing after a decade writing and editing for The Jerusalem Post, Times of Israel and Times Higher Education Magazine, and other top publications.

At Brainstorm Digital, I help companies work out what they need to say online in order to capture their audience’s attention, form a deep bond and sell to them.

Most companies write primarily about themselves – their services, their appointments and team Christmas dinners. But as my wise editor observed quite a while back, this is irrelevant to most customers, who care far more about their own businesses, their own problems, their own lives.

When we build your sales funnel, I ensure that everything you communicate to customers is genuinely useful, interesting and valuable to them. It cuts through the noise online, and puts you streets ahead of your competitors.

People always ask me whether I regret leaving journalism. In reality, what I do today isn’t a million miles away. It’s just that instead of selling newspapers, I’m selling other companies’ products and services. The added thrill is watching this have a real, positive impact on our clients’ lives and livelihoods.